Healthy Babies Are Worth the Wait

Every week of pregnancy is crucial to a newborn’s health, and today, the March of Dimes unveiled a new public education campaign to raise awareness about the important development that occurs during those last few weeks.

The campaign, called “Healthy Babies Are Worth the Wait,” encourages women to allow labor to begin on its own if their pregnancy is healthy. It aims to dispel the myth that it’s safe to schedule a delivery before 39 weeks of pregnancy without a medical need.

“Some women mistakenly think that the only thing a baby does during the last weeks of pregnancy is gain weight, making labor and delivery more difficult,” said Judith Nolte, a member of the March of Dimes national Board of Trustees and former editor-in-chief of American Baby Magazine Group, who worked with the March of Dimes to develop the new awareness campaign. “When the moms in our focus groups learned about the important brain and organ development that occurs, they were more than willing to put up with their own discomfort so their baby could get a healthy start in life.”

Only 25 percent of women know a full-term pregnancy should last at least 39 weeks, according to research published in the December 2009 issue of Obstetrics and Gynecology.

“Women may feel worried, anxious, or simply uncomfortable near the end of their pregnancy. But unless there are medical complications, the healthiest and safest place for that developing infant is in the womb,” said Eve M. Lackritz, MD, chief of the Maternal and Infant Health Branch, Division of Reproductive Health, Centers for Disease Control and Prevention, who outlined the health consequences of an early birth. “Term labor and delivery are not just normal and natural – they’re the healthiest alternative for both the mother and the infant.”

Information about the new Healthy Babies Are Worth the Wait educational campaign can be found at marchofdimes.org/39weeks. 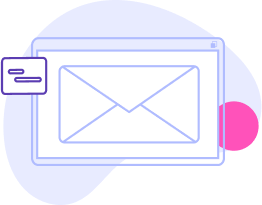